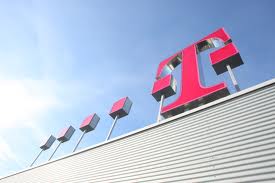 For the second time in a row, Deutsche Telekom is searching for innovative ideas as part of its international Telekom Innovation Contest. The competition was initiated in 2013 by Telekom Innovation Laboratories in Berlin, T-Mobile Poland, and Hungary-based Magyar Telekom. By April 15, more than 500 teams from 46 countries had registered in this year’s contest. 326 of these teams submitted ideas in six categories – 59 of them are composed of Deutsche Telekom employees. The contest reached out to startups and entrepreneurs on four continents who delivered innovative startup concepts. The winning team will be elected at the Champions Pitch event in Krakow, Poland, on June 27 by a jury of international Deutsche Telekom managers. Rewards include investments of up to EUR 150,000, admission to international startup programs, hardware, software, and interaction with top decision-makers at Deutsche Telekom. The winning team will take the stage at Berlin’s Long Night of Startups in September to showcase their idea.

At the end of the three-week application period, the partners of the contest are thrilled by the positive response. The 2014 contest is supported by Telekom’s incubator program hub:raum, Kitchen Budapest, UQBATE, a special program for employees of Deutsche Telekom, as well as seven other national companies of Deutsche Telekom in Central and Eastern Europe.

Dr. Heinrich Arnold, Global Head of Telekom Innovation Laboratories, is one of the initiators of the contest. “All 326 ideas have the potential to be incorporated in Deutsche Telekom’s product portfolio and made available to millions of customers in the future”,  Dr. Arnold explains. On June 27 the jury will select the one project from all submitted ideas which will be implemented in collaboration with Deutsche Telekom and the incubators.

The 2014 the contest has strongly focused the trends “Cloud-based Productivity” and “Future Media & Communication”. 60 percent of all entries were submitted in these categories. In global comparison, Germany, Macedonia, Hungary, and Romania are leading the way. Every fourth idea was filed by non-European teams, for instance, from Canada, Indonesia, Hong Kong, and South Africa.

Axel Menneking, Head of hub:raum International, affirms: “We are supporting Telekom Innovation Contest because we want to bring international startups and established players like Deutsche Telekom together to help them find business opportunities within Deutsche Telekom and within our partner network.“

12 teams to qualify in semi-finals for the Champions Pitch

As early as June 27, the winning team from 12 finalists will be elected by an expert jury at a Champions Pitch event in Krakow. The finalists traveling to Krakow will be chosen in a series of semi-finals taking place either in the capitals of exclusive partner countries, such as Poland, Hungary, Israel, Montenegro and Macedonia, or virtually in May. The semi-finals kick off with the German language teams competing at re:publica in Berlin on May 7, an international blogger conference hosting more than 5,000 participants. In Krakow, the finalists contend for investments of up to EUR 150,000 provided by Deutsche Telekom’s incubators, for support from top Group executives, hardware and software packages, and participation in international events. The winning team will present their idea at Berlin’s Long Night of Startups on September 6 which is expected to attract up to 6,000 guests.

To get the finalists ready for the pitches, the teams will be attending a 4-day startup training program, get advice from experts, and gain insight into Deutsche Telekom’s research projects.

Further information on all semi-finals can be found on the contest website: http://www.telekom-innovation-contest.com/?page_id=10611