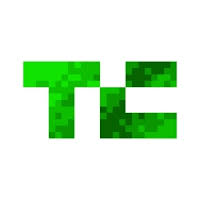 TechCrunch Disrupt Berlin (4-5 December) is a chance for the European tech scene to take stock and assess the biggest trends affecting the industry.

One of those trends is that European startups are raising later and later rounds while staying in Europe. Three of the best examples of this is Skimlinks, MOVE Guides and Talent Clue where all raised large, late-stage rounds from their European headquarters. We’re excited to unpack their strategy for success with this panel at Disrupt Berlin.

Ana Izquierdo
CEO
Talent Clue
Ana Izquierdo is Talent Clue’s CEO, the company that develops the recruiting software that helps recruiting teams to connect with the best talent and hire them faster, while delivering the best candidate experience.

Get your Disrupt Berlin tickets ASAP or rather right now to save 30% off of your tickets. You’ll see the Startup Battlefield competition, in which a handful of startups pitch our judges with the hopes of winning the coveted Disrupt Cup and a massive cash prize. And you’ll get to chat with representatives from scores of promising startups in Startup Alley, see amazing on stage content, and unwind after a long day at the show with a cocktail and some new friends at the Disrupt After Party.

Are you an early stage startup? The Startup Alley Exhibitor Package is your best bet to get the greatest exposure by exhibiting your company or product directly on the Disrupt Berlin show floor! Check it out.